I have been biding my time before weighing in lo these many years on the debate surrounding Brad Pitt, Jennifer Aniston and Angelina Jolie. As of two days ago it’s official– I’m Team Angelina. 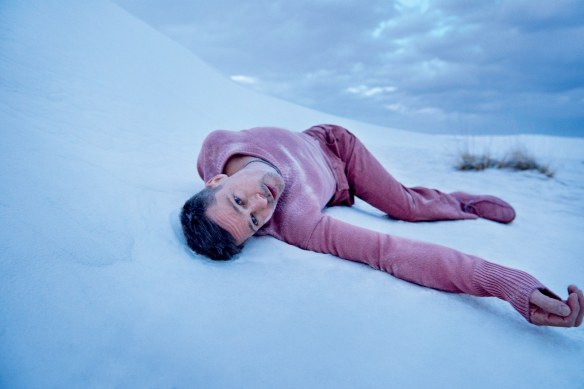 The tipping point was Brad Pitt’s interview and fashion layout in GQ. First, if he was an affluent teenager with a drinking problem the interview and the clothes would have made more sense. I wouldn’t have liked it but I wouldn’t have wanted to hurl. But he is a grown ass man of 50 something with six children.

I actually have several problems with the piece. The least annoying is like any ego-driven privileged-white-male-youth –who drinks and must also smoke copious amounts of weed (no offensive and only peace weed people) he hopes to come across as evolved and mysterious– but instead seems annoying and tedious and way focused on his “Look.”

Shut the fuck up!: “I’ve never heard anyone laugh bigger than an African mother who’s lost nine family members. What is that?” That’s your soul dying, Dickhead!

I don’t even know what the fuck this one means: “You know, I just started therapy. I love it, I love it. I went through two therapists to get to the right one.” Bully for you guy who doesn’t really have to work. Most of us don’t have time to go at all.

This has to be plagiarized, right?: “Any of my foibles are born from my own hubris.” There are likely two words you do not understanding the meaning of in that sentence yet you are correct. Score one for you!

Oh, no you didn’t!: “I’m personally very retarded when it comes to taking inventory of my emotions.” Sir– yes, I will address you as the aforementioned grown ass man you are– aren’t “retarded.” Fuck you two times for using that word! You are an ego case who wants to be perceived as a deep thinker rather than the truth– which is you are vapid. That means empty as shit. BTW: You crapped on my kid when you used the word: “Retarded.” Stop using the R-word! That said I hate to be the word police– I would allow reference to food spoiling.

Okay, Captain Obvious: “I have so much attached to this facade. [gestures]” Gesturing back at you, dude.

Your single point of redemptive thought might be this: “I hit the lottery, and I still would waste my time on those hollow pursuits.” No shit, Sherlock! Stay there forever motherfucker, please. This is what is known as your sweet spot.

I loved you as Floyd but not so much for reals. Maybe re-watch True Romance. What Would Floyd Do (WWFD)?

But please don’t take my word for it– read it for yourself and tell me what you think: Brad Pitt Talks Divorce, Quitting Drinking, and Becoming a Better Man

P.s. I love my son and husband who are both males. I really dig “mankind” in general but that doesn’t mean I don’t call them as I see them.

And as for Jennifer Aniston who was ahead of the curve: Jennifer Aniston Blasted for Using the Word “Retarded.” And her husband, Justin Theroux, screenwriter of the film Tropic Thunder (2008) which has the distinction of the giving us the term: “Full-retard.”