I was convinced before the release of the grand jury results yesterday that the officers involved would not be charged in the death of Mr. Saylor. What I had not planned on was he would be blamed for his own death. It was determined by the medical examiner that Down syndrome and obesity made Saylor more susceptible to breathing problems.

In the actual report the words are – “This individual was already compromised by his Down’s syndrome (sic) obesity, habitus and heart disease making him more susceptible to sudden death in stressful conditions which would compromise his breathing.”

The report states the officers did not hit him in the head or neck.  They did however use three sets of handcuffs to subdue Mr. Saylor. They released him from the handcuffs and turned him over “when those around him noticed he was having a medical emergency.” (It does not indicate if “those around him” included any of the individuals who restrained him.)

According to his family…”Saylor had no ongoing health problems. Also, “the family has been concerned that the investigation was handled by the same sheriff’s office that employs the deputies.”

I wrote about Mr. Saylor’s death in an earlier post We Need to Own Robert Ethan Saylor that was later quoted in a New York Times editorial.  In that post I made mention of the fact a national Down syndrome organization stated prior to this recent grand jury finding – “These individuals may have additional anatomical characteristics which may place them at greater risk for unintentional harm.” 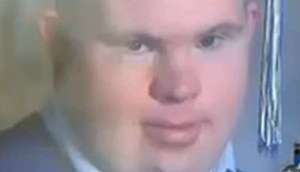 At that time I did not name the organization. Today I will tell you the National Down Syndrome Congress (NDSC) joined with Family Resource, Information & Education Network for Down Syndrome F.R.I.E.N.D.S. to issue that statement on February 21st of this year. NDSC is one of the most if the not the most respected Down syndrome organization in the U.S. This is certainly the view I held. Not so much today though. F.R.I.E.N.D.S. who I was not aware of “is a voice for all individuals with Down syndrome”.

I have tremendous concerns the cause for Mr. Saylor’s death was preemptively offered and sanctioned before the conclusion of a grand jury investigation by a trusted and legitimate voice of the Down syndrome community in this country. Their initial stance was silence to Mr. Saylor’s death by being “cautiously quiet awaiting the outcome of the ongoing investigations.” Given public pressure they found “it necessary to finally break (their) silence.” Without knowing anything about the facts why did they feel it necessary to even entertain the possibility his death was related to his Down syndrome?

I am trying to think what other national advocacy organization representing any other discriminated group would portray what feels like ‘victim blaming’ as advocacy? At this point all I can ask is as a mother of a son with Down syndrome please stop speaking on behalf my of child.

The outcome of the grand jury is devastating enough but to know it was foreshadow by an organization I place my faith in to advocate for my child’s best interest is not only unacceptable it is leaving me in despair.

13 thoughts on “Robert Ethan Saylor: Death by Down syndrome –”