My mother-in-law and I spent a few afternoons organizing photos from the last two years.

We have tons of photos stored in the boxes in which they arrived. Having found myself in what amounted to an extended summer vacation, the two of us spent a couple hours trying to put them all in some semblance of order and eventually cataloged in albums. They will become artifacts of our existence as a family.

Though the corners were still sharp and free of fingerprints, each one was familiar with its infinite copies planted in e-mails and status updates. 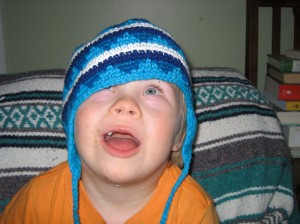 And then I’d come across some I did not recognize. They were from Halloween 2008 –six months before we met him. There were a few from his birthday around the same time when he turned two year old.

It seems every day we remark about how much T. has grown – what doesn’t fit anymore, what does fit, how much he talks, that he can jump. He’s getting taller and leaner. Photos from our time with him show the progression. The same child, slowly morphing. But these were different. The boy in these photos looked like he could fit on the head of a pin. He was tiny. A Lilliputian in Gulliver’s living room. His face was sunken and ghostly. The photos would be painful to look at – to squirrel away in some secret album – if it wasn’t for that expression of pure joy he has worn throughout his incredible travels.

The photos had made their way into our collection as a gift from the woman who cared for him and made him better. Over the following six months he became the boy we met.

And all our photos show that boy grow.

A friend, politely listening to us talk about all this growth, pointed out that yes, T. looks bigger and taller, but he’s still a tiny kid for his age. Relative to T., he’s getting big. Relative to virtually every other child his age, he’s small. (Recently another parent brought to school some shoes her kid had outgrown and in the Cinderellaesque effort to find their new owners, it was determined that T.’s feet were the smallest in the school.)

It’s funny that we don’t see this so plainly – how T. stacks up. Maybe its because he’s our only child, maybe its because we’re overwhelmed with figuring out our life, but we don’t consider him relative to anything. He may be small, but he is large in our hearts. 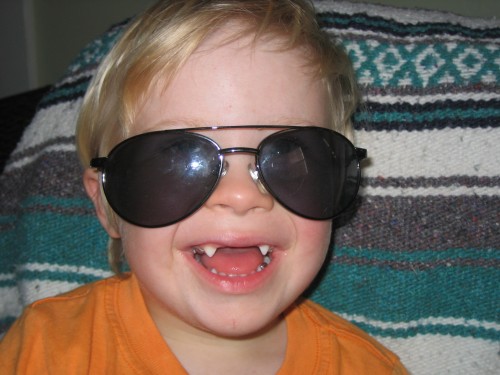